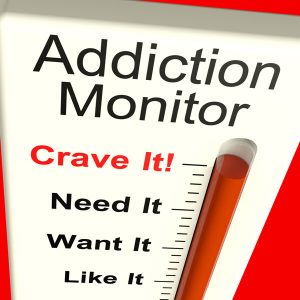 Alcohol abuse occurs when an individual drinks in a situation, manner, frequency or amount where that individual is causing harm to themselves or others around them.   Alcoholism and depression go hand in hand and often include both.   Almost half of the people treated for alcohol addiction also exhibit depression.  Additionally, almost half of the people who are treated for a major form of depressive disorder also struggle with alcoholism at some point in their lives.

Evidence shows these two occurrences can actually happen together and perpetuate one another.  We cannot treat one without treating the other.  A relapse in one can cause a relapse in the other.

Marijuana use, specifically THC, on the contrary contributes to increased anxiety.  When using the substance, it might feel that anxiety is decreased; however, over a period of time it can actually increase mental health symptoms.

Studies have shown that marijuana users have had panic attacks after using the substance, normally because of the unusual physical sensation they experience.  Other than anxiety there are other side effects to consider as well.

Marijuana use has increased with the recent state legislations, but it is not an effective way to cope with mental health issues.  Long term issues can result from frequent marijuana use; these can include increased anxiety, increased depression, isolation, lack of initiative and productivity and avoidance of social situations

When we consistently use a substance to manage anxiety or depression, we don’t learn to practice other ways to cope, it becomes a crutch.  It’s important to work through challenges rather than avoid them.  While substance use might work in the short term, in the long term it is not an effective solution.

Alternatives to marijuana use or alcohol to treat stress, anxiety and depression can include exercise, meditation, diet and therapy.

If you have any questions about substance abuse, depression or anxiety, please contact us today to speak with one of our staff members.

Improve your Relationship with your PartnerActive Listening

Contact us today to learn
more about our services